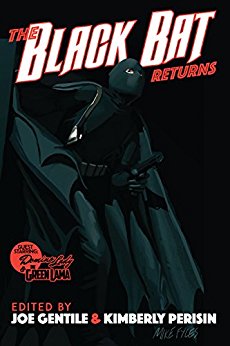 Tweet
The original Black Bat returns in this thrilling collection of all NEW action-crime stories! Read the character that was created at the SAME TIME as Batman! Ex-District Attorney Tony Quinn is blinded in a courtroom assault! He now seeks justice outside of the law as the relentless hero who can see in the dark: The Black Bat! Guest-starring: The Green Lama, Domino Lady, and Golden Amazon! Stories by Ron Fortier, Bobby Nash, Adam L. Garcia, Colin B. Harvey, Sean Taylor, James Palmer, David Boop, David White, and Josh Vogt! I have two stories. One is a solo story called "The Blind Leading the Brave," and another co-written with Josh Vogt called "Light and Dark in Symphony."