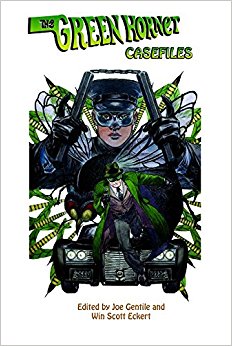 Tweet
The long-awaited return of the Green Hornet and Kato and their rolling arsenal the Black Beauty! Back again with all-new stories! Moonstone is proud to present The Green Hornet Casefiles, a second anthology featuring all-new, original crime fiction tales of the man who hunts the biggest of all game — public enemies that even the FBI can't reach! It's the mid 1960's, the political climate is shaky, there's civil unrest, freedom and equality issues erupt everywhere from film to music to out in the streets. On police records, The Green Hornet is actually a wanted criminal, a master manipulator, a crime boss who has his fingers in every pie. In reality, The Green Hornet is actually Britt Reid, owner-publisher of the Daily Sentinel. Alongside him rides his partner Kato, who's not only a martial artist of unsurpassed prowess, but a skilled driver, and educated engineer as well. Their goal: to destroy crime from within by posing as criminals themselves!