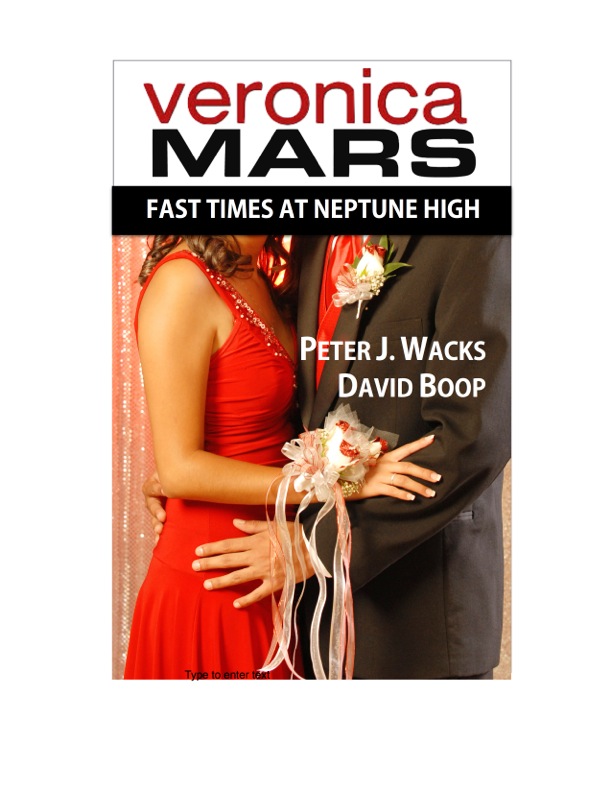 Tweet
She’s so NOT popular. No, not Veronica Mars; Daphne Clamp. Wallflowers attract more sunlight than her. Daphne does the same thing everyone does at Neptune High when they have a problem. She hires Veronica Mars. Veronica must turn her into someone worth inviting to senior prom without letting Daphne's mother, the overprotective Mrs. Clamp, know that anything is happening. Before Veronica can say “My Fair Daphne,” she’s up to her neck in trouble. The transformation attracts the eye of track star Jet Brisco, and the ire of his girlfriend Hailey. While saving Daphne from social suicide, Veronica uncovers a dark secret. Will this case be Veronica’s 'crowing' achievement, or will she end up on FBI's radar instead? “Fast Times at Neptune High,” the new Veronica Mars novella set during Season 1. Written by Peter J. Wacks and David Boop