David Boop is a Denver-based speculative fiction author. He’s also an award-winning essayist, and screenwriter. Before turning to fiction, David worked as a DJ, film critic, journalist, and actor. As Editor-in-Chief at IntraDenver.net, David’s team was on the ground at Columbine making them the first internet only newspaper to cover such an event. That year, they won an award for excellence from the Colorado Press Association for their design and coverage.

David’s debut novel, the sci-fi/noir She Murdered Me with Science, is back in print from WordFire Press. He followed-up with a Victorian horror, The Soul Changers, from Pinnacle. David went on to edit the bestselling weird western anthology, Straight Outta Tombstone, for Baen. Dave is prolific in short fiction with many short stories and two short films to his credit. He’s published across several genres including media tie-ins for Predator, The Green Hornet, The Black Bat and Veronica Mars. His RPG work includes Flash Gordon and Deadlands: Noir for Savage Worlds. Finally, his series, The Trace Walker Temporary Mysteries, appears regularly on Gunshoereview.com 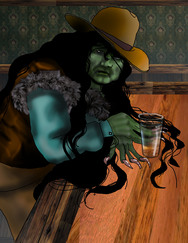 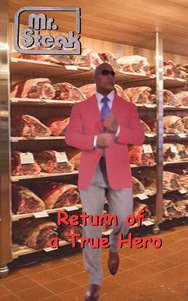